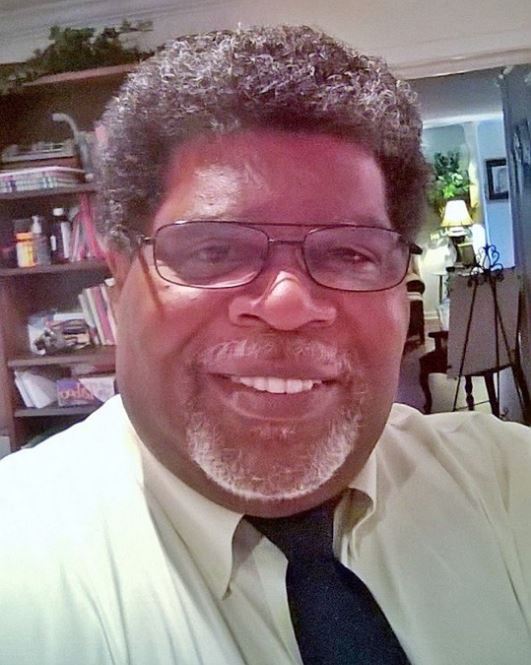 Robert Atkins is a native of Pensacola, Fl. Robert attended public school here in Pensacola, but his love for art begin long before he started school. Robert feels that his talent is a God given one due to the fact he could draw recognizable figures and objects before he could write. One of Robert’s sisters Shirley Walker in an effort to teach him to write would have to tell him “lets draw your name” that held his attention long enough so he could learn to write. Growing up on DeVilliers St. life wasn’t always easy but Robert’s house was full of love and a strong sense of encouragement for his art. Robert recalls his first paint set was two bottles of Griffin shoe polish one bottle black, the other white, he would mix these to get all the shades of grey to paint with.

Robert was always encouraged to draw, there was always someone placed in his life that believed in his talent. After the death of his mother, Robert’s art became what he considered his saving grace, his mother was his greatest supporter so when she left he never wanted to let her down so he devoted more and more of his time to improving his art work. Once again upon entering Washington Junior High School, there he met his first non-family member that would challenge his ability, not settle for anything less than his best and make him see art in a totally different light, that man was John Baines. The next three years was filled with a growth in art Robert had never known.

Durring  his ninth grade year as he prepared to leave Washington Junior High School once again, what he now see as God directing his artistic quest, Robert was like so many young boys at that time looking for a after school job. He had always seen this building on Palafox St. called The Art Shop, the owner was an artist named John Kemp. Mr. Kemp and Robert became quick friends and Mr. Kemp saw the love and potential in Robert and offered him lessons free. Not being able to pay all the time Mr. Kemp would give Robert pastel and paper to help him in his work. Mr. Kemp also introduced Robert to Pete Perez an instructor at the then Pensacola Jr College. Mr. Perez offered Robert classes in charcoal drawing on Saturday mornings.

Robert now lives in Albany, Ga but never forget his ties to Pensacola, his works of art are on display at The Gathering Awareness and Book Store on DeVilliers St. His works now include private and public collections in Florida, Georgia, Alabama, North and South Carolina, Virginia, Texas and Washington, DC.

You can also view his work on Facebook @ Reflections Pastel Portraits and Paintings.